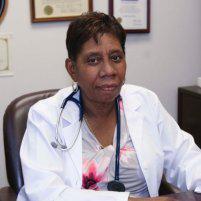 Acceptance of medical marijuana is growing in the U.S., as it’s used to treat numerous health conditions. Its use is becoming more and more popular as new research develops. Dr. Kadie Leach is a skilled internal medicine physician who specializes in using medical marijuana when other treatment options fail. Call her office in Lanham, Maryland, to learn more or book an appointment online today.

What is medical marijuana?

Medical marijuana is different from marijuana used to get high. It contains an extract from the hemp plant called CBD (cannabidiol). Unlike the THC (tetrahydrocannabinol) form of marijuana, which has intoxicating properties, CBD marijuana strains often have few (if any) side effects.

What is medical marijuana used for?

Pain control is the most common use of medical marijuana in the United States. It may not be strong enough to control severe pain, but is often effective for chronic pain associated with aging and certain diseases (such as nerve pain and multiple sclerosis). Medical marijuana is safer than opiates for pain relief, as it’s rarely addictive and isn’t a risk of overdose.

If you’re having trouble sleeping at night, medical marijuana may help you relax and sleep better. However, more research is needed in this area.

More research is needed, but medical marijuana appears to help treat addictions and certain mental illnesses. More specifically, it seems to be beneficial for post-traumatic stress disorder (PTSD) in veterans returning from combat.

You may be a good candidate for medical marijuana treatment if you’ve not responded well to other therapies, including FDA-approved cannabinoids. Call Dr. Leach’s office to learn more about how medical marijuana may benefit you, or book an appointment online today.